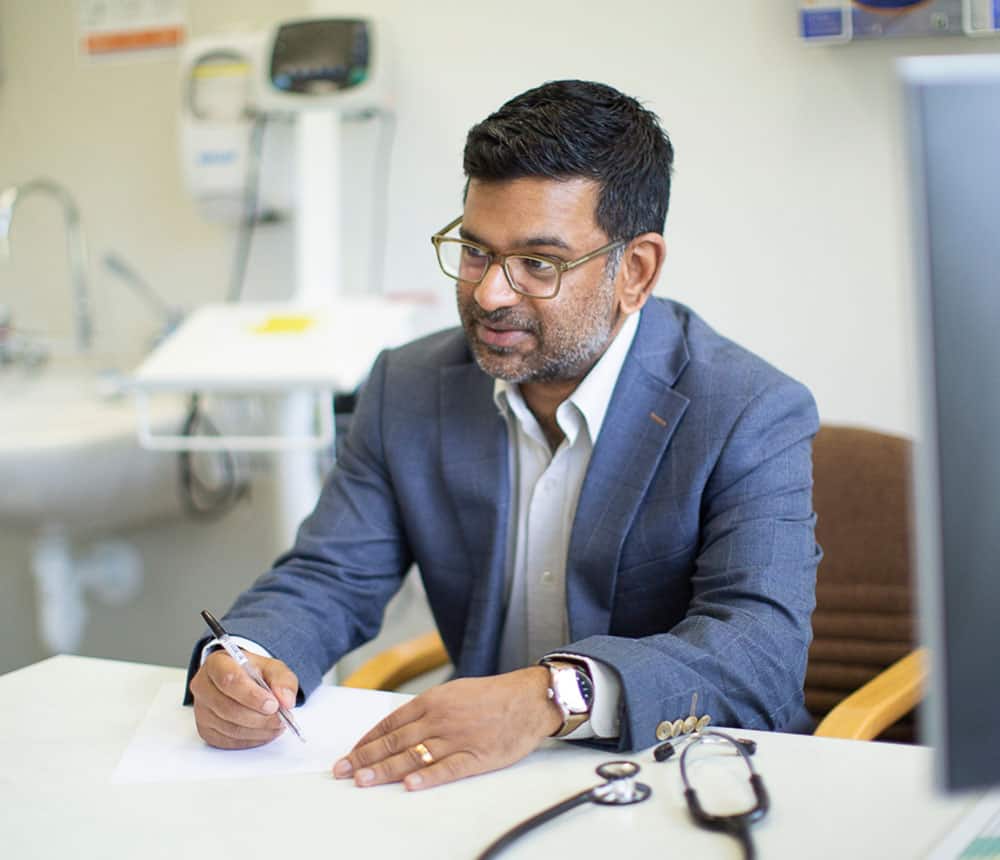 Specialises in performing gastroscopy, colonoscopy and diagnosis and management of all aspects of gastroenterology and hepatology.

Dr Arun Gupta is a specialist gastroenterologist working in Melbourne, Australia. Arun grew up in Melbourne, living near Monash University and attended medical school at the University of Melbourne (1998). He completed his residency at The Royal Melbourne Hospital then went onto specialty training in gastroenterology and endoscopy at Westmead Hospital and Royal North Shore Hospital, both in New South Wales. Arun subsequently completed a clinical fellowship at the John Radcliffe Hospital in Oxford, United Kingdom.

Dr Gupta worked in a senior role at the Canberra Hospital between 2013 and 2020, where he was a member of both the Human Research Ethics Committee and the Drug and Therapeutics Committee. He played a strong role as patient advocate for improving quality and safety within the department, and played an active role in mentoring junior doctors, including involving them in clinical research projects. Arun held the title of clinical lecturer at The Australian National University during this period.

Dr Gupta was awarded the Doctor of Medicine research doctorate through the University of Melbourne in 2015 for his work with Professor Finlay Macrae, AO relating to inflammatory bowel disease. He is presently an honorary research fellow at The Royal Melbourne Hospital and is a member of the Gastroenterological Society of Australia, the American Gastroenterology Association and the European Crohn’s and Colitis Organisation. Arun fulfilled the criteria for the GESA Colonoscopy Recertification Program in October 2018.

For further information about Dr Gupta and his research interests, please see his personal website at arungupta.com.au